Rick, Cody, Keerin (Cody’s friend and helper for the show) and I arrived in Bashaw just past lunch time on Wednesday. There was really no hurry to get here. I totally enjoyed the hour drive south by myself, but this time I was pulling our house on wheels rather than the Freightliner with a load of horses. It was nice to see the countryside of crops that the farmers work so hard to put in.

Setting up camp for me was good, although I moved  once as the first spot didn’t seem quite right. The second time was by some trees for shade from the sun. Rick just shook his head at me. No worries, as I can handle it all by myself. You learn to hook up and unhook the trailer when you’ve been on the trail as long as I have. 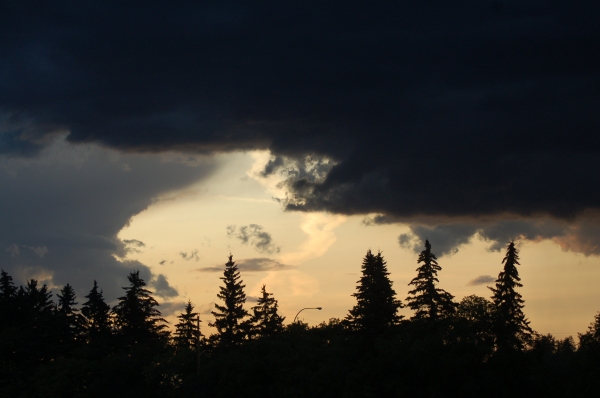 Come the evening, we lit the campfire to enjoy a quiet evening with the neighbours. We sat out an hour or so and visited, and then the sky that came rolling in brought some wind and a bit of rain. That did it for us. It was time for bed. I couldn’t resist taking a photo of the magnificent-looking sky in the horizon. 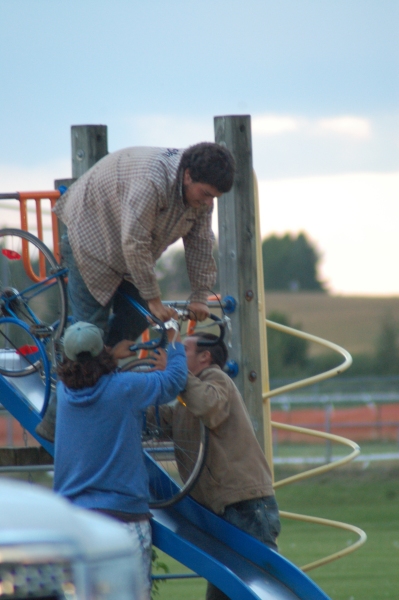 Boys will be boys

Today the sun shone and it was nice and warm. There’s a little park here on the Agriculture grounds and the not-so-small boys couldn’t resist playing on it. I don’t think they knew I was watching. It was great entertainment. Oh, to be a kid again. 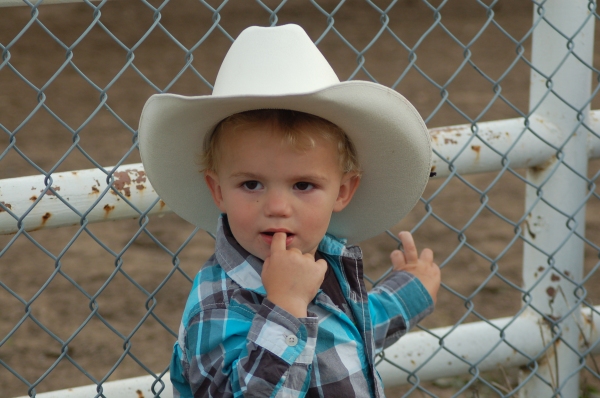 Before the races began this evening, I took my camera out and captured a few photos of some of the young spectators in attendance. These kids are just way too cute for words.

A local gal led the decent-sized crowd in our national anthem. Billy Melville, our WPCA historian and commentator, along with his beautiful wife Joanne were in attendance to call the races for the weekend.

Cody was off the 2 barrel tonight. He hooked Spirit, Ranger, Sneakers and Law. Rick was the lead man, just like the days gone by but he just didn’t have a horse to jump on. He was one of the best back in the day.

Cody and Rick brought eight horses here for him to drive. A much smaller equine lineup than what we are used to.

Leaving the dust behind

He did a great job driving around the barrels and hitting the track. He was two wide alongside Todd Baptiste all the way around.

On the home stretch

The race was a good crowd pleaser, as Cody was coming hard down the homestretch trying to catch the leader.

He was only back a horse length at the wire. Cody did a good job capturing second on the day, with Todd being first. I’m one proud momma.

Thank to the spectators

There’s always time for a wave and  acknowledgment to the crowd. And a huge thank you goes out to his sponsor, Ken Drysdale with Midwest Pipelines Inc. 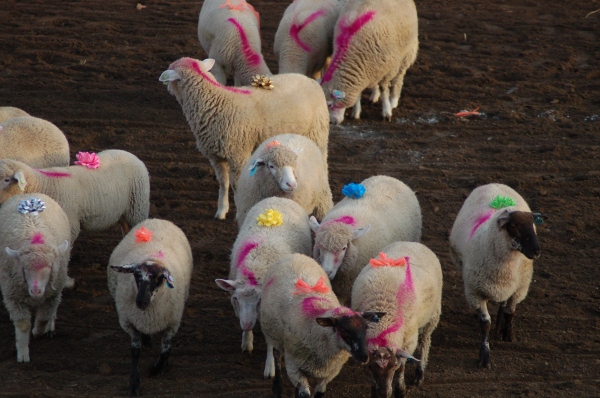 On your mark! Get set!

Gotta get the bow!

For some added entertainment for the kids and laughs for the crowd, they had a sheep scramble. The kids had to collect three of the colourful bows off the backs of the sheep. Coy was out trying his best to get one but he was just not quick enough. He will have to try again tomorrow.

Well, the forecast is for heavy rains in the night. I can hear it falling already. Hopefully it won’t dampen it too much or we may have to cancel the day tomorrow and run a day on Monday. Time will tell.

The past should be left in the past or it can steal your future. Live life for what tomorrow can bring and not what yesterday has taken away. Every day is a gift.