Show number three on the WPCA tour is underway. On Monday, our caravan of three units pulled out of the city of Saskatoon by 6:30am. We decided to pull an early one by rising at 4. Our plan to arrive in Medicine Hat by noon went as planned, but what we didn’t realize was the temperature that day in The Hat was in the 35 degrees range. Oh my goodness, even for a girl who likes heat it was HOT!

Nonetheless, we had to set up the pens, unload the horses, set up the barn and prepare the rest of the camp. Let me tell you, we took lots of breaks that day. Our evening was an early one, as we were all exhausted.

Tuesday was bit of a down day, although we did hook one set of horses in the morning. Once that was taken care of, it was time to head to the office in the back of my trailer do catch-up on the bills to be paid. The darn things follow me on the road too.

Wednesday was a time for me to take a break from the barns and hit the golf course. Not for just any old game—there was a tournament organized with some local businesses to bid on chuckwagon drivers to be on their team. Money was raised for humanitarian charity work, plus it was a great time to meet some new potential sponsors for the chuckwagons. As Rick does not golf, I got to represent him in the tournament. Richard from Rodeo Ford out of Medicine Hat purchased me to play on his team along with Derek and Grant. We had lots of laughs, a few beverages and many great shots that day. And, to our surprise, our team came out on top, each winning $875. I think that’s more than what Rick wins on any given day money! Well, almost! 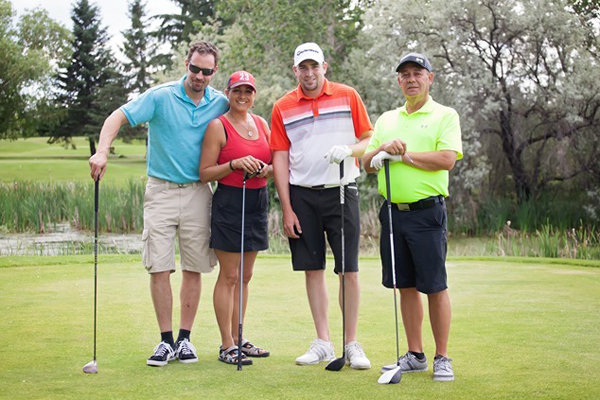 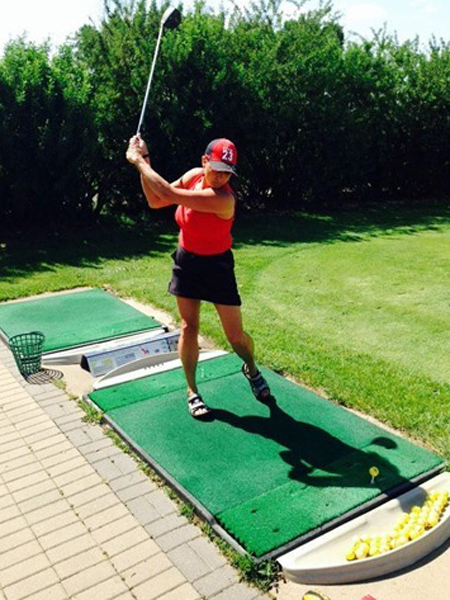 While today was a warm one as well, we had some little visitors stop by the barns to meet some of the drivers. The WPCA arranged for some of the local schools to come down and see just what it is we do and also get up close and personal with the horses as well. So many kids and so many questions. What a great idea to get the young interested, then go home to tell their parents and then have them come to the races. Many of the schools were given free tickets for the kids. Rick always does a great job handing out candy and signing posters for the wee ones. 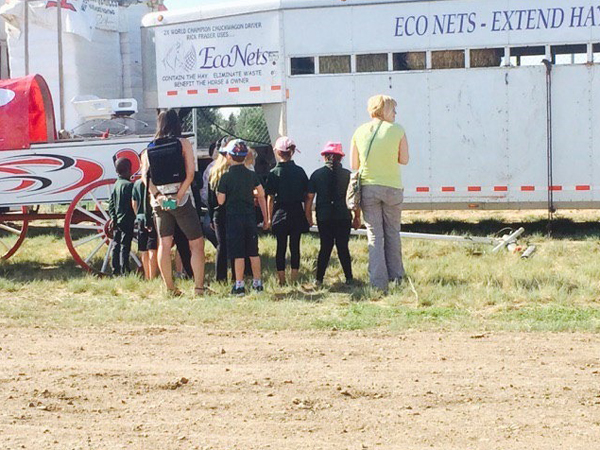 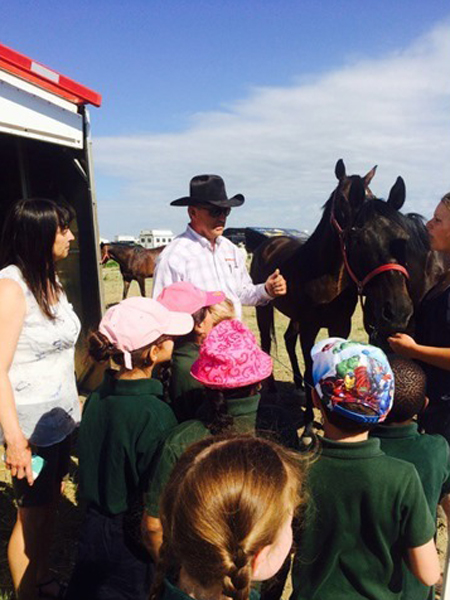 Tonight we also had some awesome visitors. About five years ago, we met Astrid and Jan from the Netherlands. They happened to be in Medicine Hat visiting some relatives. They came by the barns and we chatted them up about our lifestyle on the road. They went to the races and were hooked. They have come back to Canada with another couple, Stephan and Heidi, to show them the races live. It’s just not the same as seeing it on the internet. Fans for life! They loved it. 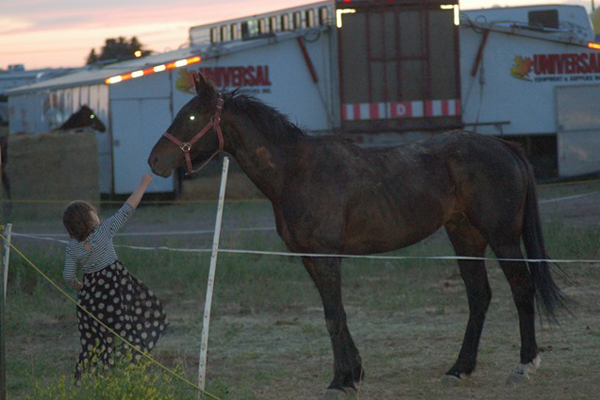 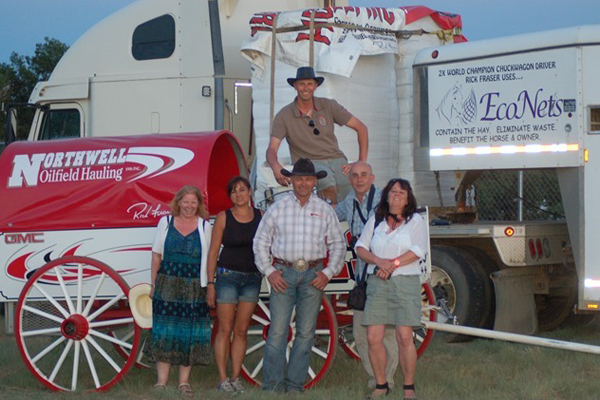 As for the race tonight, by the time it was heat 11 it had cooled off somewhat. There are 12 heats here in Medicine Hat because there are only 3 chuckwagons to a heat. Here we are carrying the Northwell Oilfield Hauling Tarp, an excellent sponsor for a few years now. Rick was off the 2 barrel with the red shirts. Tonight Chance Vigen rode Bingo and Dustin Gorst rode Stadium. Those boys both did awesome jobs. The boys pulling the wagon were Air Afair – Left Leaders, Ranger – Right Leader, Duba – Left Wheeler and Ernie – Right Wheeler. These horses are the newer ones from the ranch. They will be going every night here, I think. The start at the horn wasn’t quite where Rick would have liked it, but they went. He turned with Kelly and Layne, and stayed right with Kelly two wide all the way around the track, coming in second just a horse-length behind. It gave us a 17th place on the day. Tomorrow we will use the track time at 8am to hook an outfit and give them a blow.

Promote what YOU LOVE instead of bashing what YOU HATE.