It’s kind of chilly here in Medicine Hat. This morning I think it registered in the plus-5° range. I needed to put my hoodie on to keep warm outside.

Do you ever slowly wake up in the morning, and think…just five more minutes, then doze off again, wake up and do this a few more times? I was guilty of that this morning. Just didn’t want to get out of bed.

The team got busy doing the chores while I busied myself tiding the trailer for departure tomorrow. We hooked an outfit of the good ol’ boys to give them a blow. Evan Salmond jumped in to give Rick a hand as Cody had to go home yesterday. They were a little fresh and a little hard to hold, especially that grey, Zorba. All went well, though.

Once we finished that up, I had to zip into town to do a grocery run and pick up some feed for the ponies. Costco wasn’t very busy, thank goodness, so I was in and out fairly quickly. I got to go to the new location of the Co-op store just south of the city to pick up the beet pulp for the horses. Very nice, brand-new building. 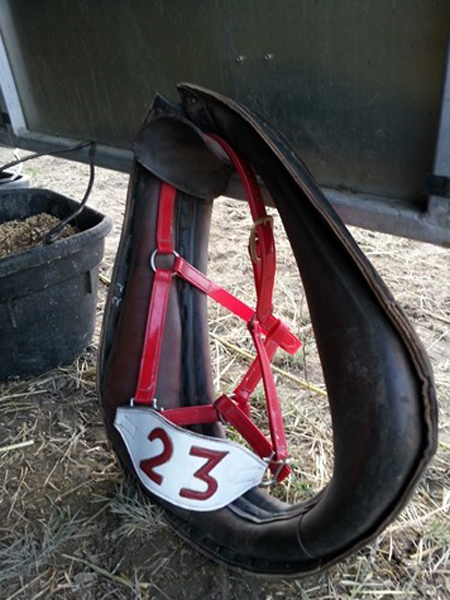 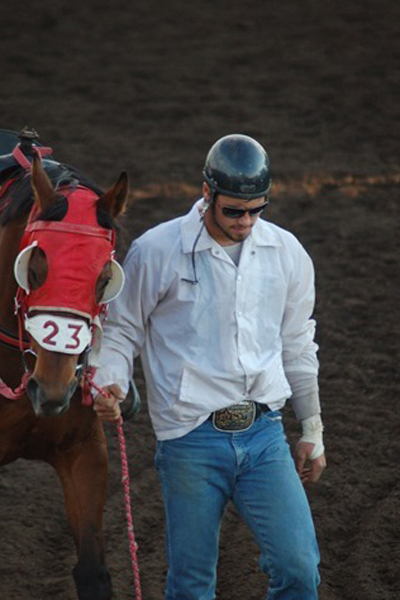 Tonight we were in the ninth heat, just a little bit earlier. Rick decided to let Cole ride Stadium and throw stove. He did a super job. Chanse Vigen is a pro on Beau holding leaders.

Rick changed up his hook tonight just by changing out one horse. Air was on Left Lead, Ranger on Right Lead, Duba on Left Wheel and Friendly on Right Wheel.

Coming into barrel one, Duba was a handful to hold. They went just a bit ahead of the barrel and also failed to stop when the horn blew. We were assessed two seconds for wagon ahead of barrel, one second for failing to stop and one second for interference. The judges thought he went too wide into barrel two area. Rick’s wagon wheel just knocked the bottom of barrel two. Tough luck! 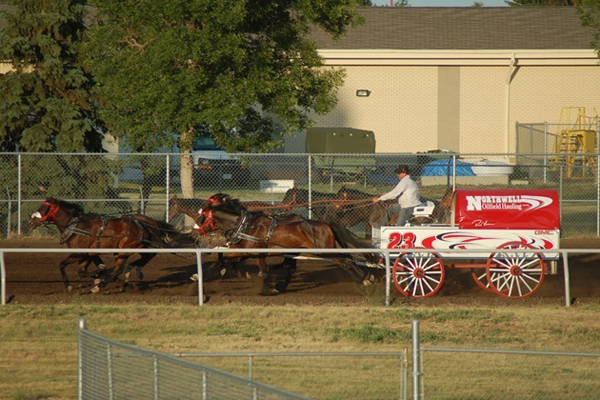 A HUGE thank you to Northwell Oilfield Hauling for sponsoring us here in the Hat and along the tour. They are the best!!!

In the final heat for the dash, Johnny Walters came out on top, coming off barrel one racing against Obrey Motowylo and Evan Salmond. Johnny wins some shiny new hardware for that run.

We are off and running early tomorrow morning to the sights of High River, Alberta, just a short three-hour drive. Hoping the weather treats us well there.