Friday has arrived. The end of a week for most, a race day for us. What a beautiful day it was, right from morning through until the evening. Very hot midday. Not sure of the highest temperature but I sure enjoyed it.

The horses are sure feeling good. When we let them out into their pens in the mornings and the afternoons,  they perform for us. They love to run, jump, and roll in the dirt.  Rolling is their way to scratch their backs. It feels good!!!

Finding the perfect place to roll 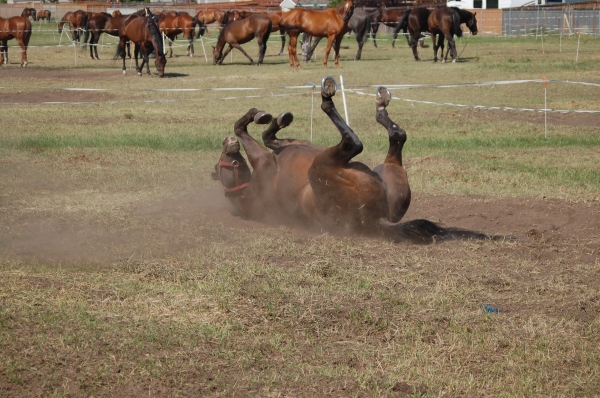 Rollin’ over for a back scratch

Our Team 23 loves to watch them do their thing. It makes us feel good knowing they are feeling good. Once they’ve had 10 to 15 minutes to do their thing, they start to settle down and eat the grass on the ground or the hay that we feed them. Some of them even will lie down for a rest.

We love our grey named Zorba. He’s been with us a few years now. He’s just a powerhouse kind of horse. Loves to do his job as a wheeler, either side. 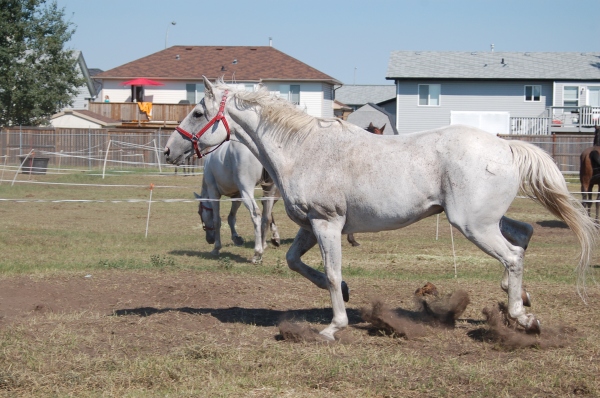 Our chores went smoothly, as the girls got at it. Rick wanted to hook an outfit, along with cousin Troy Dorchester and neighbour Mike Vigen. Here in Strathmore, we are all parked beside one another. So the drivers and everyone in their camps help each other out when it comes to morning hooks. It sure goes pretty smooth that way.

Due to the hot weather, there is always someone bound to play in the water.  And yes, Coy did just that. 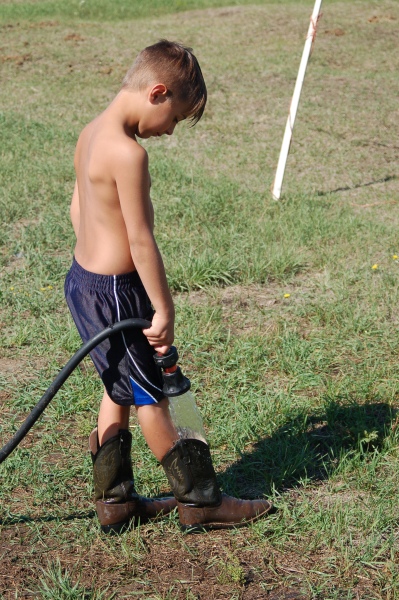 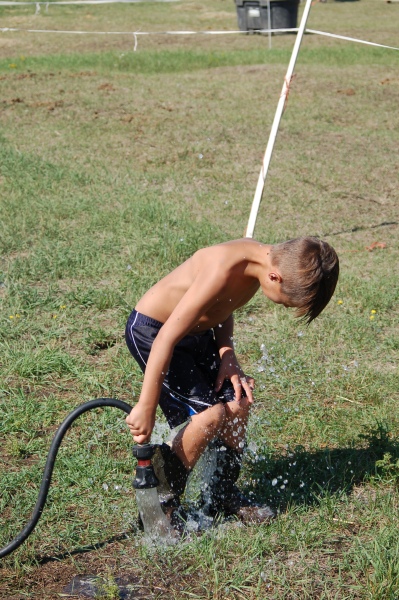 He found the water hose and decided to have a little fun with it while Nana watched near by. Did I egg him on? You bet I did!!! That’s what Nana’s do.

After an enjoyable day in the heat, it was time to get at it. Day 1 of the Strathmore Heritage Day Races were just beginning. As there are four to a heat here, that means there are only nine heats in total. Rick was placed in the ninth heat, as he is sitting fourth in the world standings. Rick was hooked with Kurt Bensmiller on barrel 1, Kirk Sutherland on 2, Obrey Motowylo on 3 and Rick had 4.

Comin’ onto the track

The ponies were feeling great. The horn blew and away all four outfits went. Kurt got the rail, Kirk went alongside him. Obrey pulled in behind and Ricky turned out alongside Kirk. When they came around the second turn, Team 23 was starting to make a move. They were a horse length ahead and not slowing down! 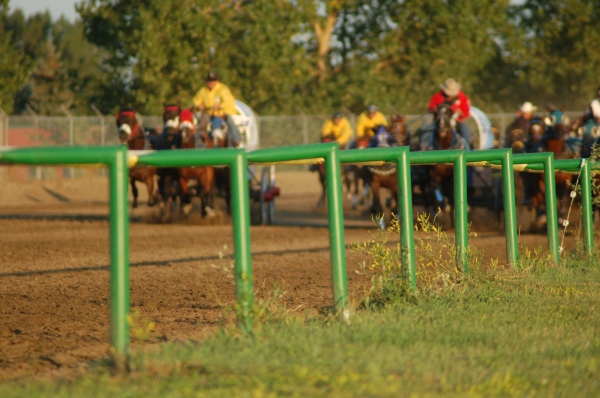 What a performance all the way around. Coming down the homestretch, Rick had the others headed by two horse lengths. We all did a little celebration dance because it’s HUGE when an outfit runs three wide against his competitors and manages to win the race. 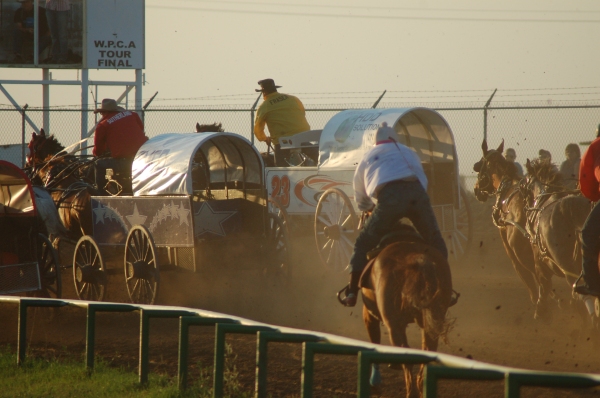 Outriders headin’ to the race

When the dust settled, our running time was a 1:15.55, which was good enough for 12th on the day. Gary Gorst happily accepted Day Money with a posted time of 1:14.31. We’ll call him speedy!

Looking forward to another warm day tomorrow. We may even take in the parade! Well, okay, maybe not Rick. But I’m sure Coy would like to go on a date.

Promote what you love, instead of bashing what you hate.