I arose at an early 5:30am BC time this morning. I turned on the percolator, had my shower and got ready for the day. Cody fed oats, Rick had a sleep-in morning. We enjoyed a quiet morning at the barn. With making coffee in the trailer, we save a whopping $30 from the local Tim Hortons, as the guys usually show up with those fancy doughnuts too.

Not much excitement to report to you today. Amy and Coy and Kyle and Kiley Rae and their kids headed to the amusement park on the grounds to let the kids go on some rides. 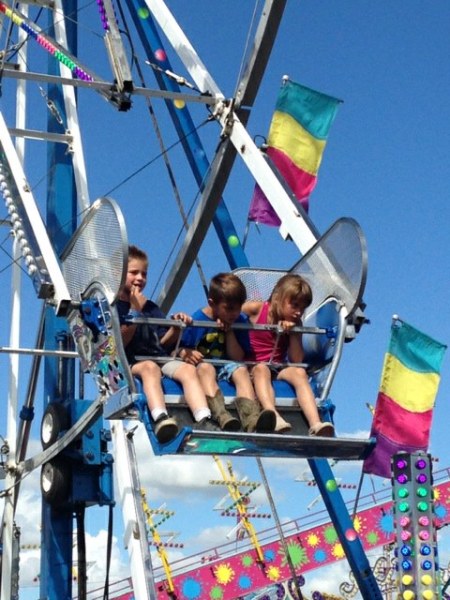 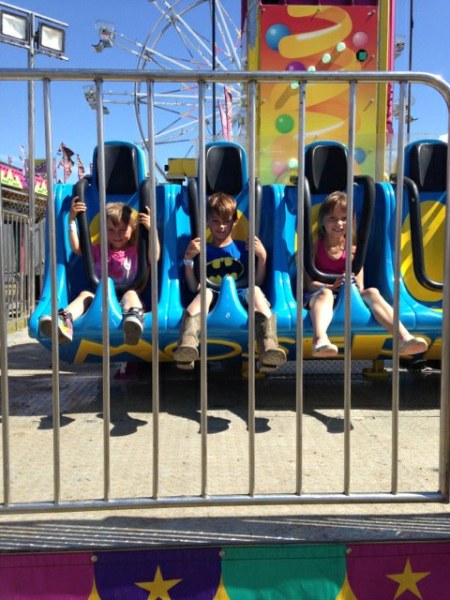 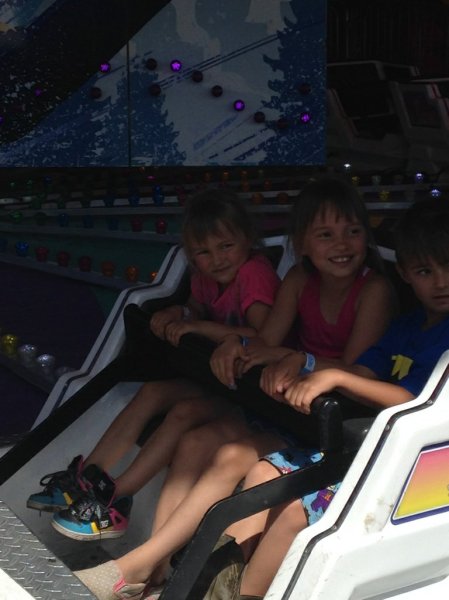 Coy met up with Logan Gorst’s kids and they had fun on some of those fancy spinning, up and down rides. I did that last year, and I tell you my stomach was a little bit woozy afterwards. I’ll leave it for them to enjoy!

Before the races started, the crowd was treated to some kids wild pony racing. This is where three kids to a team hang on to a shank tied to the pony. 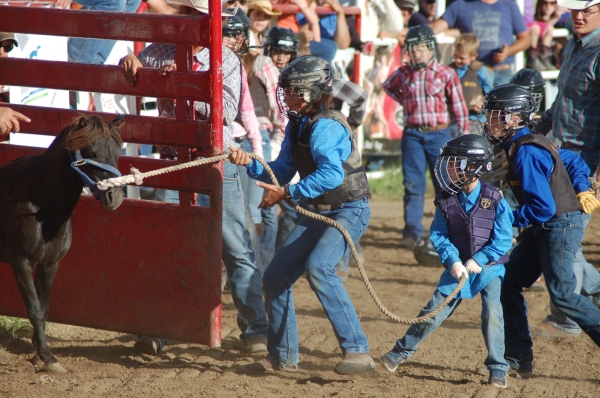 When the pony comes out of the chute, they try to control him and one of them tries to mount and ride the little hummer. The crowd loves to watch them. It’s a crowd thriller.

Cody was off the 3 barrel tonight. He hooked Speedy, Speirman, Vegas and one of Chad Harden’s horses. Cody had a good turn coming on to the track three wide.

The start of the horn

Headin’ to the track

On the second turn he pulled and tried to get to the rail but the wagon behind him caught up and was only able to go two wide.  A good race for experience.

It takes team work to get to the track and back, and we sure appreciate all the extra hands that help out here in Dawson Creek with all the extra work having two outfits going out. 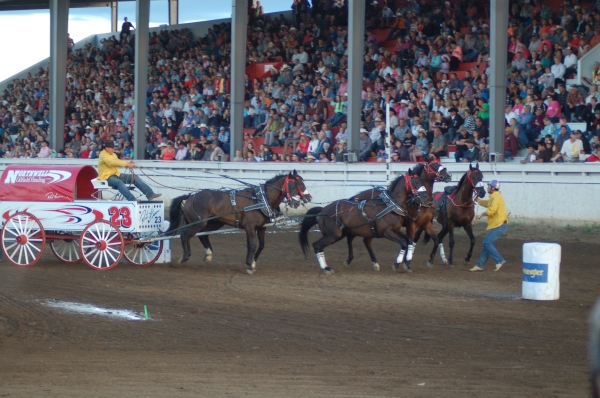 Rick hooked Air on the Left Lead, Nickle on the Right Lead, Sneakers on the Left Wheel and Law on the Right Wheel.  We changed things up and put Trixter up front with Cole holding leaders and Andy went in behind with Rory throwing stove.

This was Trixter’s first time up front and I believe he did a pretty good job. When the horn sounded, they started!!! So much so you can see Rick was jolted back a bit. This is a good sign, when they start so hard. He was happy with that. We ended up with 11th on the day and 19th in the overall standings.

One thought on “Dawson Creek Exhibition and Stampede: Day 3 (August 7)”