What a great surprise to be noticed.  These young ladies I met a couple of years ago,  they have been following chuckwagons for some time.  They also have been reading my blog and met up with me in Ponoka last year.  The flowers they gave me were a beautiful gift.  Red, my favorite color.  Who would know that?  This is the one thing that Rick and I will miss the most.  All the great fans, friends and family that we have had come join us in some way along the trail.  It has meant so much to us when folks such as these drop by to say hello.

All kids that come by are most welcome in our camp.  These little jiggers couldn’t help but put their hands into the soaked oats to have a feel.

Oh What a Feeling!

Today, Rick and I, headed down to the Tru Value Hardware store, where RedNeck Barbie had put on a BBQ to raise some funds for charity as well as promote the Chuckwagons.  Fellow Drivers Gary Gorst and Darcy Flad were also in attendance.  It was a good day to just goof around for a bit  and have the guys sign a few autographs. 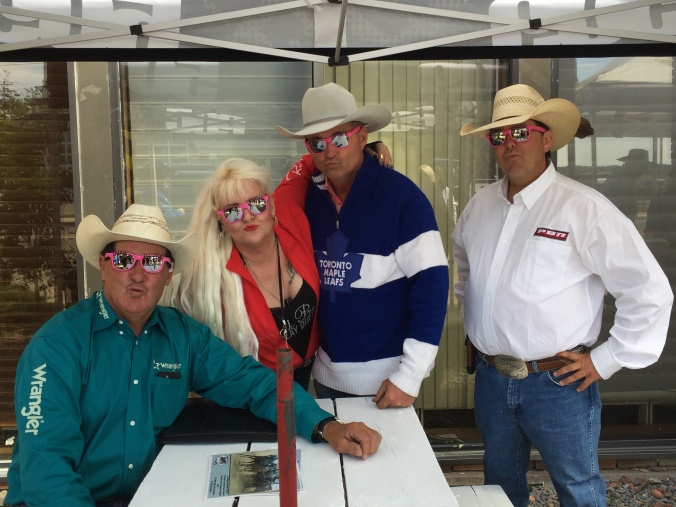 My little friend Dusty, RedNeck Barbies son, was busy looking after the hot dog stand.  He’s quite the little salesman and he also surprised us with a beautiful gift for Rick and I on our Retirement from the Chuckwagon Circuit. 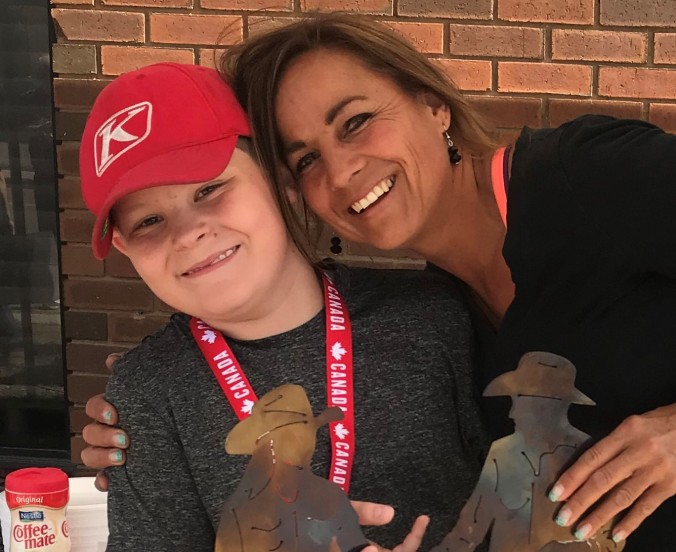 Rick, as you can see, and many do know he likes his hockey and is a true Toronto Maple Leaf fan.  He wore his favorite sweater today, and it was quite the topic of conversation.

Always Behind My Man

You know that time, when your friend needs you?  Well tonight was that night.  Rick drove his buddies (Mike Vigen) outfit as he was unable due to a health issue.  It didn’t take long for Rick to accept and away he went.  Well that team flew when the horn sounded and Rick drove them like a Cadillac.  He managed to place 3rd on the day for his friend.  What a warm and fuzzy feeling that is, helping out a friend. 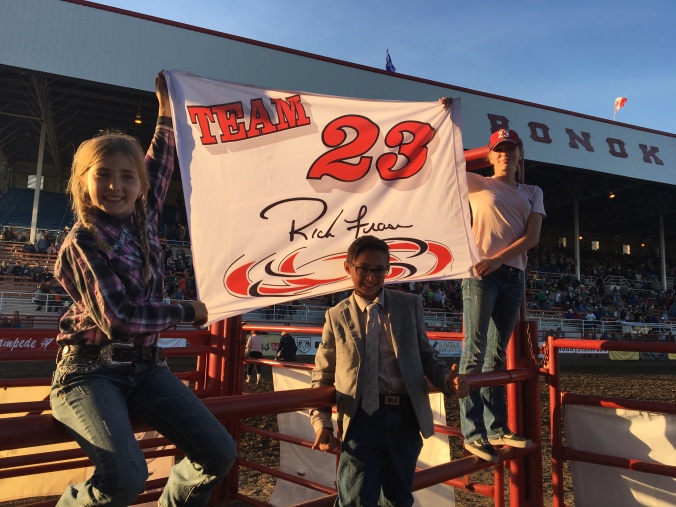 Some of Our Little Fans

The Ponoka Stampede is a great place to come to for an RV vacation.   There are so many fans from all over the the Province and beyond.  In the stands, our grandson and some relatives were flying our “Team 23” flag high and cheering Rick and the horses on. 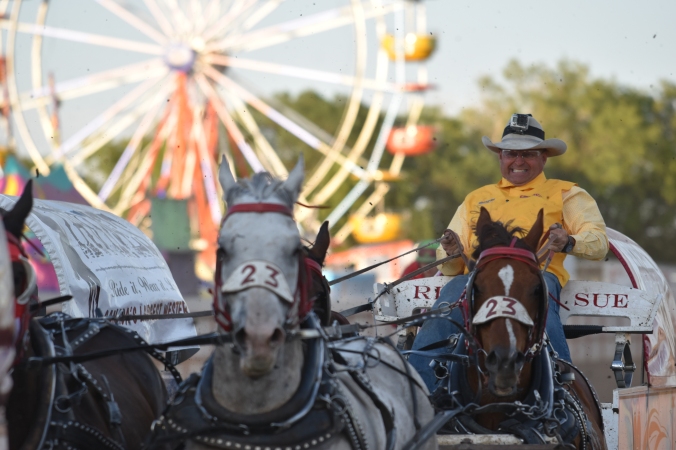 Pulling For All Your Worth

Our turn on barrel 4 was tonight.  Rick hooked Spin on the Left Wheel, Sporty on the Left Wheel.  Louie on the Left Lead and Speedy on the Right Lead.  Quaid Tournier held the leaders with Stadium and Chance Flad threw the stove with Ice.  When the horn sounded, the horses started quite slowly.  Not the start he was looking for.  But it did work out in the end, as Rick pulled to go to the rail, tucked in behind Kurt Bensmiller and followed right along.  He had to pull a bit around the track as there was no hole coming home.  It was a great race and the fans enjoyed it.  Rick stopped the clock @ 1:16.46 which also puts us into 13th on the day. 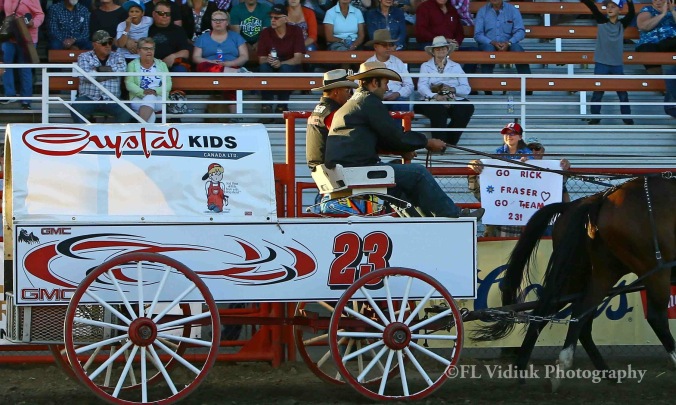 After each and every race, the fans are so appreciative on the what just went on in front of their eyes.  We don’t often see posters hanging on the fence after a race, but this young soul made our day. 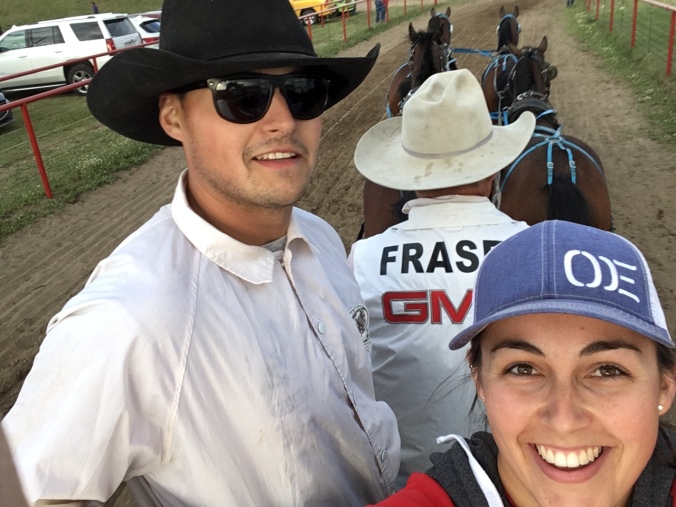 From where we set up camp, to where the infield is, it quite aways away. Today Kaylee stayed back and helped a bit, then hopped on the Chucwkagon to catch a ride for the ninth and final heat that her dad was in.  Cody and Kaylee have been a huge help when they come aroun.

End of The Day

As we were closing up the barn for the night, the sun was slowing going down in the horizon.   I managed to snap a photo of it before it disappeared all together, but the outcome of the moon doesn’t do the real eye capturing scene any justice.